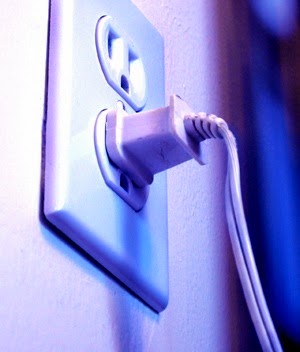 Our office complex will be undergoing maintenance on the electrical transformers on Saturday, 31 January. We have been notified by management that the electricity to our part of the complex will be shut off that day and all our devices have to be shut down, just in case. Hence, we will not be in the office, as no lights and no computers and no heat mean that we can't get much accomplished. If you were planning to come to the office on the 31st, we hope to see you on an alternate day. Thanks for your understanding.
Posted by St. Louis Genealogical Society at 10:25 AM 0 comments

If you enjoyed the first season of Genealogy Road Show on PBS, you will want to get ready for season two, which begins this Tuesday evening at 7:00 p.m. (Central Time; check your local listings for day/time/PBS station).

In addition to the fun of watching professionals Kenyatta Berry, Josh Taylor, and Mary Tedesco work on challenging puzzles, this six-part season features St. Louis in two episodes. (New Orleans and Philadelphia were the other two cities where the Road Show set up shop.)

According to the show's executive producer, more than 7,000 people applied to be on the show. In St. Louis, the producers chose twelve people for the major stories and twelve with smaller mysteries. Many local genealogists spent part of a weekend meeting the crew and watching the action at St. Louis Public Library and Union Station last August, when the filming was in progress.

Look for St. Louis stories to be featured on the 20 January and 10 February episodes. All of the episodes will air locally on Channel 9, PBS, at 7:00 p.m. and be repeated on Thursdays at 1:00 a.m. (Usually they are also placed online, so if you miss an episode, check out http://www.pbs.org/genealogy-roadshow/home/.)

Posted by St. Louis Genealogical Society at 10:05 AM 0 comments

The Missouri History Museum Library and Research Center has announced that beginning today, Friday, 8 January and continuing through Friday, 30 January, they are closing their facility to researchers due to the installation of new carpeting. Although staff will be on site, they will not have access to most of the interior space. They will be unable to get to the card catalog and many of the books and maps that line the walls of the Reading Room. Telephone and e-mail requests will be handled as best as possible during this time, but expect delays. If you have any questions, please call 314-746-4500 or send a note to library@mohistory.org/.
Posted by St. Louis Genealogical Society at 9:06 AM 0 comments