Replacing Military Records Lost in the NPRC Fire in 1973 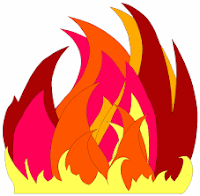 Page Avenue in St. Louis County. On Thursday evening, a fire broke out just after midnight, and within hours, a good part of the sixth floor was blazing. Throughout the next day, the fire appeared to be under control, but by that night, it actually had spread to parts of the fourth and fifth floors. Unfortunately, the building had no fire walls and no sprinkler system on the upper floors. With millions of paper military records inside to feed the fire, it took the whole weekend to fully extinguish the flames, which covered the mid-county area with billows of dark smoke and were visible for miles.

The sixth floor had contained twentieth-century military records of Army and Air Force personnel: about five million World War I service records, nine million World War II records, and an additional six million records from the wars in Korea and Vietnam War. Some Air Force records were stored elsewhere in the building, so they were spared.

But what if you have copies of some of those records? Is there any way you can help supplement what is left or help rebuild a ruined file? Nancy Schuster from the National Archives-St. Louis offers the following guidelines to those who may have copies of military records that might replace what was destroyed.
Nancy says that "photocopies will be stamped 'Received from an unofficial source' and they will be kept on file to be viewed by future researchers. These documents, however, will NOT be used to verify service for any official government purpose, such as determining eligibility for veterans' benefits."

If you have copies of discharge papers, certificates, or any other relevant papers for your veteran that you would like to donate, you can mail your copies to:

If you have further questions, you can contact NARA-St. Louis at stl.archives@nara.gov

You can check out the genealogy page of their website here.

More information about the fire? An interesting article is available here.
Posted by St. Louis Genealogical Society at 1:29 PM